There’s a humanness to the industrial operations at Redmond’s sprawling mine in Redmond, Utah, that defies the jutting metal structures and machinery battling rust from exposure to salt and clay.

Few locations on Earth are endowed with the abundance of Redmond's salt mine. Its workers are down to earth, with former miners sitting in office desks and current VPs grinding salt hundreds of feet below. Their products are diverse, touching anything from icy roads to dinner plates. But mostly, Redmond's culture is unique; it runs as deep as the mine and as colorful as the salt gleaned from it.

This company is grounded in the past, invested in its people, and looking to the future. Let's take a journey into the mine and heart of Redmond.

Long ago when dinosaurs roamed the Earth, the area of central Utah was under a vast body of water called the Sundance Sea. Over time as the waters receded, a large seabed of mineral salt remained. Volcanic activity later erupted in the region and dropped a thick layer of ash which weathered into bentonite clay and created a protective cap over the site. The rich depository of minerals eventually crystalized and was preserved in pristine condition.

Fast-forward millions of years. Wildlife grazed the vegetation above the deposit and indigenous American Indians harvested and traded salt with other tribes. And some thousand years after that, two brothers finally took up picks and shovels and began a hard-rock mining venture that’s still going strong today. That's where Redmond's roots and our story begins.

Going Underground in the Redmond Salt Mine

“It was my grandpa and his brother that first started this mine,” Kyle Bosshardt says as he navigates his diesel truck through the yawning 70-foot-wide mine entrance, me sitting in the passenger seat. “They knew this mineral deposit was on their property, but they weren’t doing anything with it because they were farmers and needed the land."

Milo and Lamar Bosshardt scrabbled out a living from their land near Redmond, Utah until 1958, when plans changed. A drought hit the area, the ground dried up, and crops failed. The two brothers were out of resources and desperately needed new work to feed their families. So they decided to look under ground.

“The drought forced them into the mining business,” Kyle explains as we descend into the mine.

While Redmond began as an open-pit mine, for over three decades workers have been tunneling belowground, drilling red rock salt from the earth and hauling out nearly 2,500 tons a day.

Kyle has been employed at Redmond for 32 years, and spent 22 of them drilling the 14-plus miles of tunnels in the mine. Today he gives customers, community groups, and people like me tours through the cavernous space.

“I guess one of my titles is tour guide and PR man,” he says as the truck's headlights wind through tunnels carved floor to ceiling from solid rock salt.

I learn the pink, white, and red striations in the salt come from dozens of natural trace minerals present in the deposit. I also quickly learn Redmond employees shift uncomfortably when asked their titles. Though he doesn’t mention it, my tour guide is also a plant manager and sits on the company’s board of directors.

“We use more friendly titles around here,” Kyle explains. “We try not to have a hierarchy that is calling the shots on everything. We want every employee to contribute and enjoy their work doing it.”

Four hundred feet below the surface, Kyle kills the truck engine and we exit to view the mine's massive salt face up close with the help of headlamps. The 70-foot wide tunnels stay a moderate 45-60 degrees year-round and are surprisingly open and airy. But without the truck lights—and even a few breath-stealing seconds sans the beam of our headlamps—it’s as black as ink. That has never bothered Kyle, though, nor any other nuances of the mine.

“I’ve been a part of its creation, so to me, it feels like home,” he says.

Kyle even has a cot stashed in a corner where he catches some shut-eye on occasion. “It’s cool, dark, quiet. You’ve got a little white noise from the mine’s ventilation system. It’s the perfect napping conditions.”

Redmond has a dozen different ways it uses the mineral salt and bentonite clay—which they call the "clay of a thousand uses"—mined from its deposit. But its ventures aren't limited only to salt and clay. The parent company boasts a surprising variety of unique brands with services ranging from farm-fresh goods to fencing and fishing.

Redmond's two mineral companies create products you may already have in your kitchen, bathroom, or barn. Redmond Life offers premium health and beauty products for humans, like Real Salt, Redmond Clay, and Re-Lyte. While Redmond Minerals brands (Redmond Equine, Hunt, Agriculture, Ice Slicer, and Western Clay) produce nutrient-dense supplements for animals and sustainable resources for the environment. All of the products begin, and often end, with the simple yet complex minerals mined and milled at Redmond. 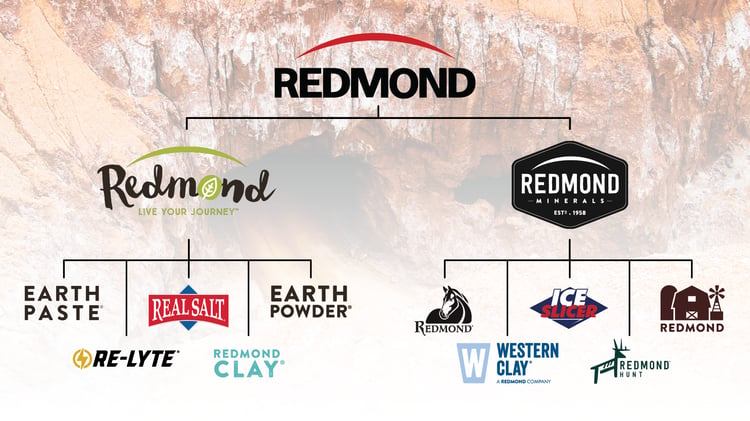 Why Keeping it Natural Matters

I met Brandon Foote for lunch at a local diner to learn more about what Redmond makes and why keeping their products simple is a must.

Brandon has worked at the company for 15 years. Officially, he’s the vice president of Redmond Minerals. Unofficially, his business card reads “trailblazer.” He greets me wearing a flannel button-up, jeans and cowboy boots, and over cob salad we chat about Redmond’s products for animals and people.

“Keeping our products as natural as possible is important to us,” Brandon says. “We don’t add a lot of sweeteners or fillers. We have a saying that nature has it right. Fundamentally, we believe God put stuff here for us to be healthy. If we just find it and don’t mess it up, that’s the way to go.”

Redmond’s products are unrefined and natural. I appreciate that as I sprinkle some Real Salt® on my salad. The diner stocks the shakers on each table, and the subtly sweet salt that flavors my food is also the same mineral salt that nourishes cattle, horses, and other backyard animals.

“We believe our customers want and appreciate exceptional, natural products both for themselves and their animals,” Brandon explains. “They want to know that what they’re giving their animals to eat, they could eat as well.”

Meeting the Heart of Redmond

Redmond Minerals employs 380 people—15 of which work in the warehouse where industrial and agricultural product is bagged, boxed and shipped to large distributors, small-town feed stores and individual customers.

Sammy Bates is the warehouse team leader. He’s worked at Redmond for over three decades. Sammy looks typically blue-collar in well-worn jeans, steel-toed boots, a hoodie and a Denver Broncos beanie—yet he just got out of an afternoon meeting with the company's CEO and he’s toting the book “Good to Great” under his arm as he gives me a tour through the warehouse.

He carries the motivational book like it’s a natural thing—because it is. Every worker from the mill to the mine to management is reading the same books and taking classes on how to become better individuals and create a better company. Sammy is a tough guy—but he gets a bit emotional talking about the culture at Redmond.

“It’s like a family,” he says. “There’s an openness here. People feel like they can be themselves. I love the culture, the closeness, but what fills my cup every day is the people. I’m a firm believer you can have a great time even shoveling crap if you enjoy who you’re doing it with.”

Sammy’s team consists of workers he calls “gritty and genuine.” Some have worked in the warehouse for decades; others are comparatively new. If you come back in a few years, you might find some have moved on to positions in marketing or management, as others before have done.

“We try to put people in places where their strengths are,” Sammy explains. “That spot might be in the warehouse now, but in five years it might be somewhere else. That’s the enjoyment of my job: trying to help people find their song.”

Charlie Wilson is one member of Sammy’s team that’s sung a lot of songs at Redmond.

“I’ve done every job in the warehouse, the mine, the mill—every job in this company other than here in the office,” Charlie says as we chat in a conference room in Redmond's modest main office.

Charlie is the head bagger. He’s wiry, quick with a reply, and a man of short words and no wasted movements—a necessity when you bag up to 5,000 products every day.

Charlie’s day starts at 5:30 in the morning. He arrives at the warehouse, coffee in hand, powers up the machines, sweeps the shop and maintains the elevator and hopper. And then he bags… and bags. For eight hours. And he likes it. And while he bags, he thinks about big things.

“I think about whatever new book we’re reading,” he says, “or maybe a new project or a change in the assembly line to make things run faster.”

Even as we chat, Charlie’s anxious to get back to work. He thrives on being busy. He’s worked at Redmond for 34 years, and he's thinking about retiring in two and half, when he turns 70. So what, I ask him,  does he plan on doing then?

“I’m going to relax for two weeks and then find another job,” he replies.

Maybe even another job at Redmond so he can try out a new tune. But if he does leave, what will he miss most about Redmond?

As my day at Redmond winds down, I think about the experience. Two things stand out: there's a big, beating heart and vibrant culture beneath the company's industrial goings-on; and while Redmond is growing in size, scope and products... mostly it’s growing people.

“The purpose of this company isn’t to make money,” Sammy says as we leave the warehouse and wander toward the parking lot. “Our purpose is to provide opportunities for people and provide great service and products to our customers. With that philosophy, the end result is making money, but that’s not what we’re thinking about when we’re doing it.”

What they’re thinking about is trying to live by their company motto, “elevating the human experience,” and leaving people better with every interaction.

As I pull out of Redmond onto a rural road hedged by hills and fields, I recall what the company's VP told me over lunch.

“Redmond believes in people,” Brandon said. “We believe in working together and solving problems. We’re a people company. We try to make this a place where people can grow and develop and become who they want to become, no matter where they start. That's who we are.”

And that is what makes Redmond so unique.

Click below to sign up for a Redmond salt mine tour and experience Redmond's unique mine and culture up close and personal! 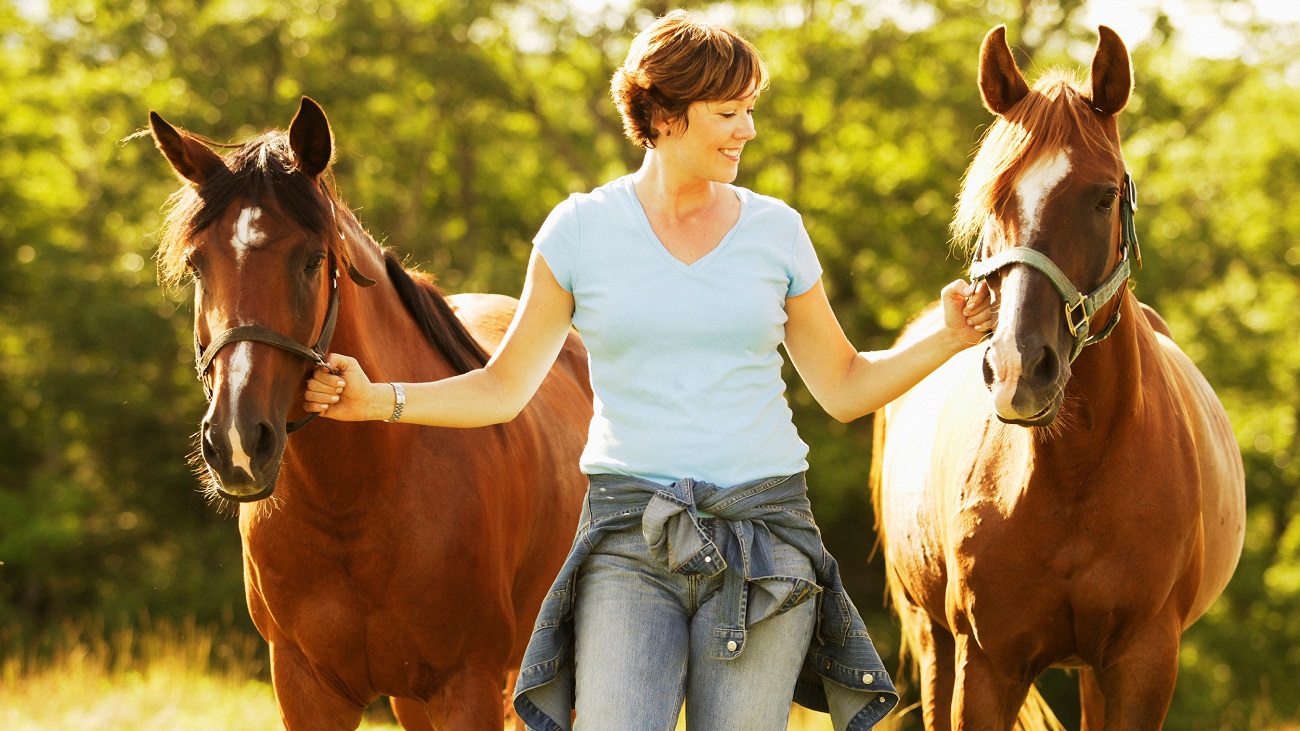 Should I Feed Redmond Rock Crushed and Daily Red Together?
0 Comments

Should I Feed Both Redmond Rock Crushed and Daily... 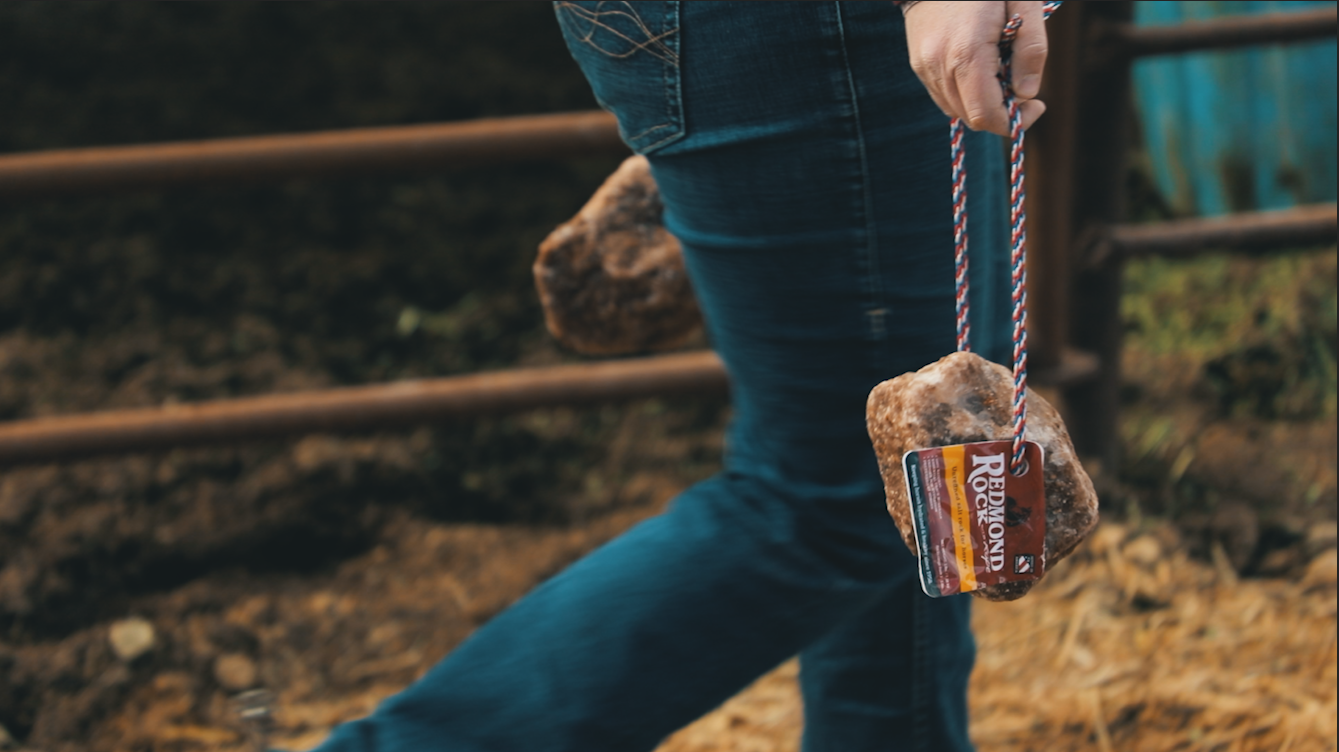 A Redmond Story: How Janet Solved Her Show... 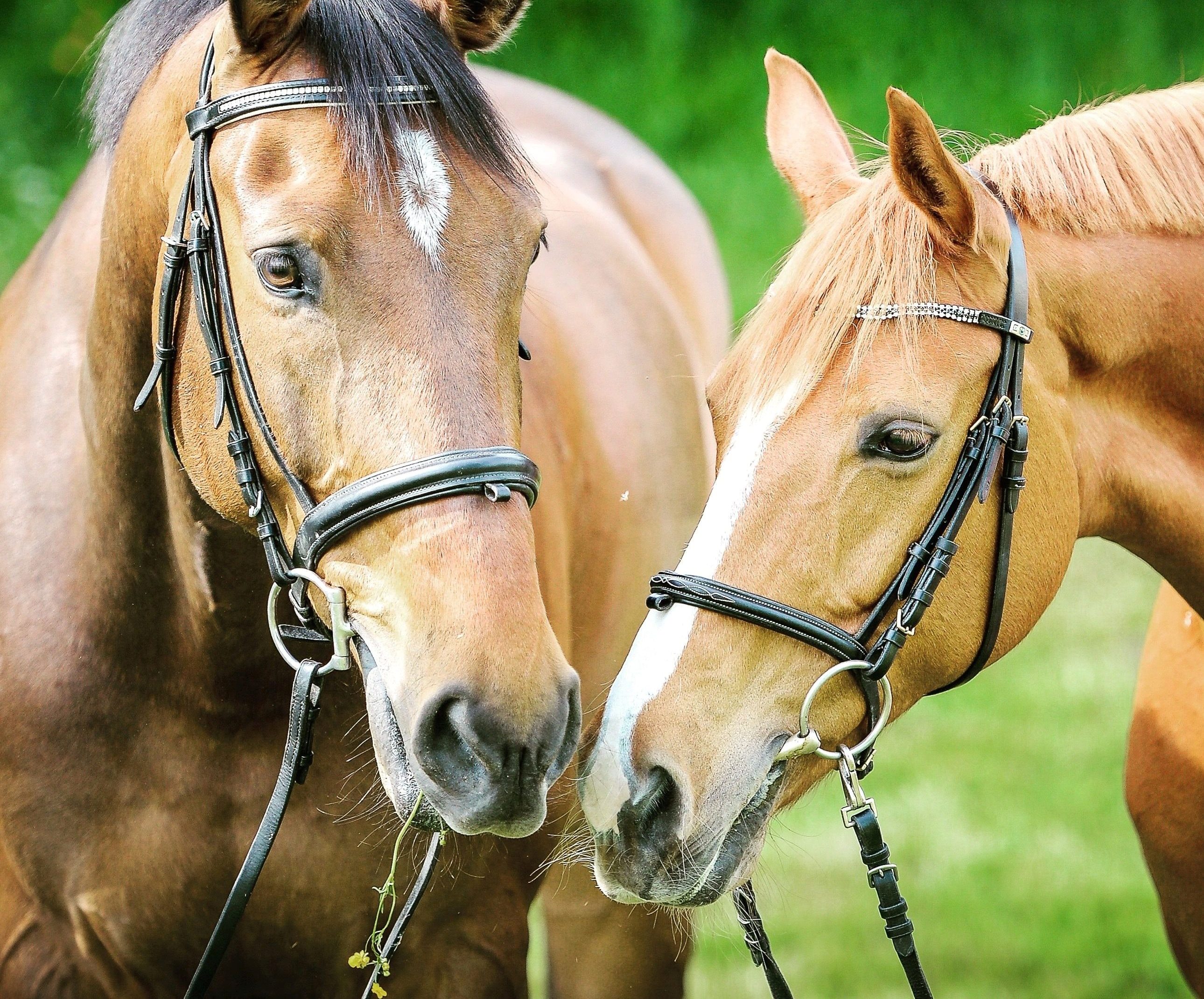 A Redmond Story:  Mineral Brand of Choice for Red... 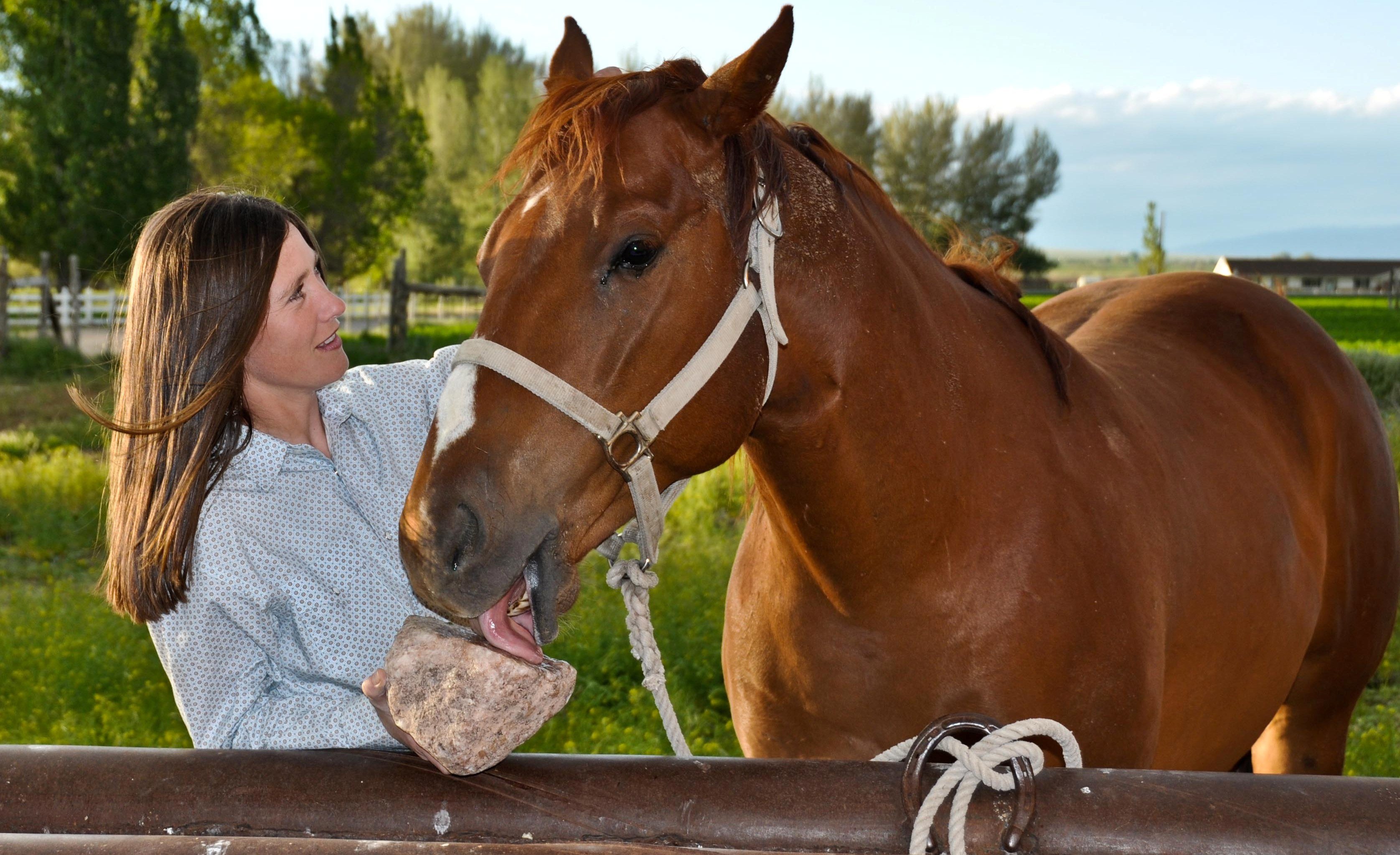 Natural Horse Salt | Where Does Your Horse’s Salt Come From?
0 Comments

Natural Horse Salt | Where Does Your Horse’s Salt... 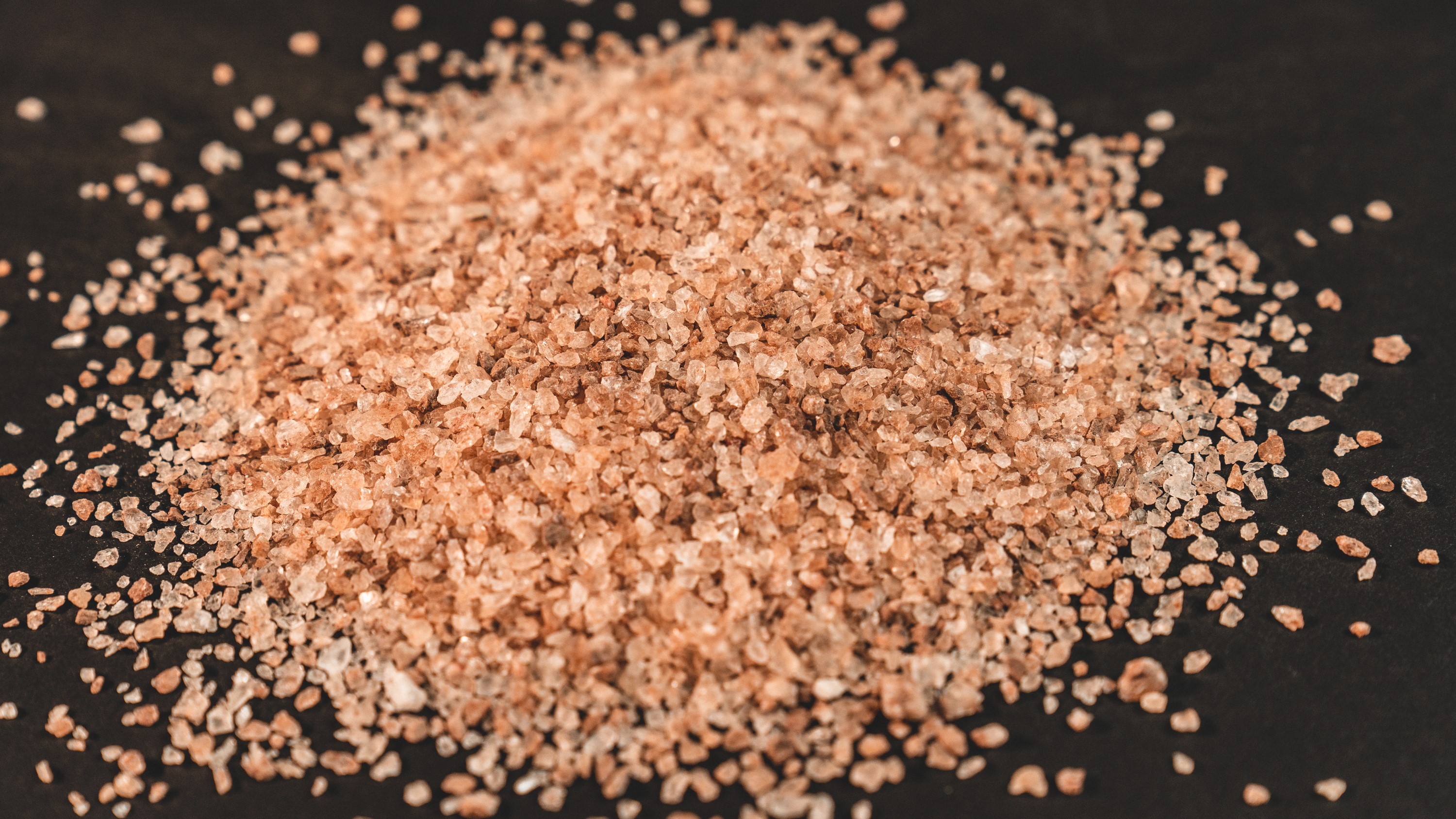