Stories From the Saddle

Our 16-year-old gelding, Red, was nervous and sick when we got him six years ago. He didn’t trust us. But as he’s gotten to know us and we’ve cared for and loved him, Red has completely changed. He's so much happier now! But recently, he had a serious episode of diarrhea that gave our family a scare.

Red has had loose stools off and on over the six years he’s been with us. It mostly happens during the hot summer months, but this year after a very hot summer, his problem continued and worsened. The loose stools had turned into diarrhea, and he wasn’t acting himself.

Determining the cause of Red’s problem was very frustrating. We thought he needed a sand cleanse, which we tried without success. Then we wondered if he was mineral deficient, since we’d seen him eating mud and sometimes choosing the puddle next to his clear water trough. He’d always had a mineral block available to him, however, and we thought that was enough.

I was growing concerned that Red was dehydrated, since he had diarrhea and seemed to be walking stiffly. I’d settled in my mind that we needed to call a vet, but decided to get Red some electrolytes first.

We’d been praying for our "Red-man," and I was praying as I drove to the store. I looked at different brands of electrolytes, but my eyes kept turning to a bag of Redmond Daily Gold. I noted the percentage of minerals was higher in Daily Gold and that it said "All Natural Digestive Support." I also read on the back where a man gave it to his foals to prevent diarrhea.

I really felt compelled to purchase this product, even though I’d never seen or heard of it, and it wasn’t what I’d originally set out to purchase. But I believed that God was leading me—and now I know He was!

We gave Red an early supper so we could mix the Daily Gold with his feed. After he ate, I held the Redmond Rock mineral rock we’d also purchased to his mouth to see if he’d like it. He licked it the entire time my daughter was tending to him!

What a relief! We could immediately tell Red was feeling better—it was so noticeable. The spark was back in his eyes and the spring in his step.

Today, Red is doing great. He looks healthier than I've ever seen him. His weight is good, and the color of his coat is beautiful! I never knew what a deep, rich red he could be until he started taking Redmond’s supplement. Thank you, Redmond, for Daily Gold. It WORKS! 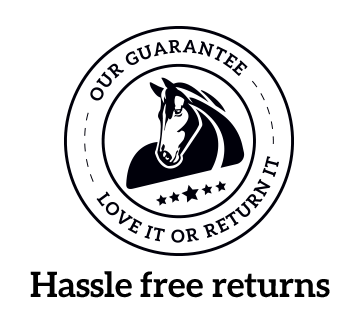